Affinity had a very clear goal they hired us for: sell more Getac computers. We built their website to make selling simple and used a strategic handful of marketing tactics to drive and engage relevant users to laptop-buying pages. 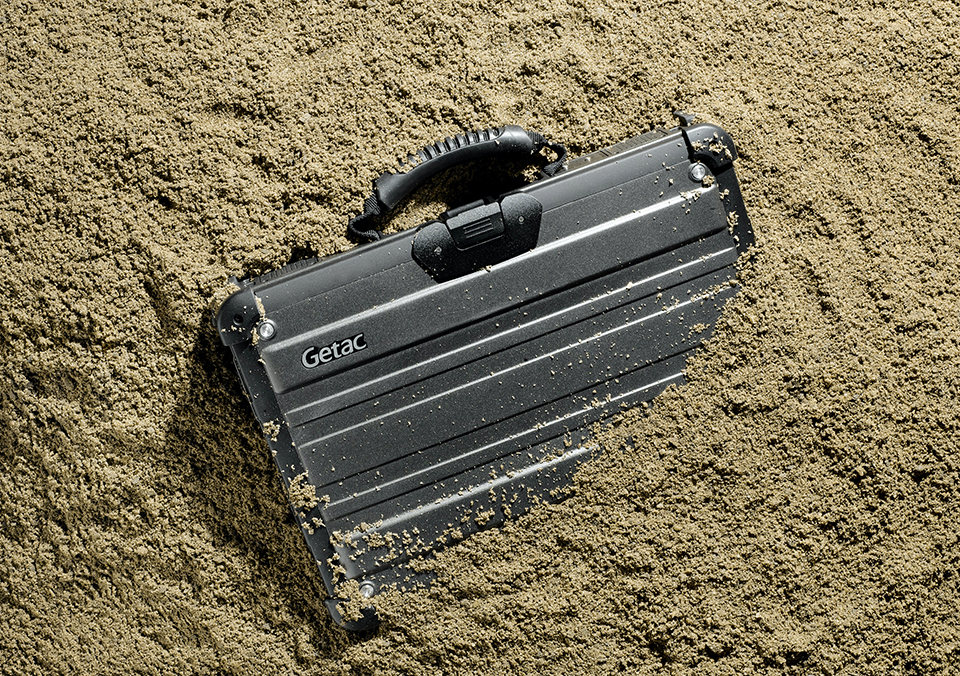 Affinity’s original website was only half complete and wasn’t suited to run many, if any, digital marketing campaigns.

We redesigned the site using memorable colors and motifs and created additional content to satisfy what users were looking for when they landed on a page.

The new site has more traffic, more returning visitors, higher engagement metrics, and most importantly, creates more quality contacts than the old site ever did. 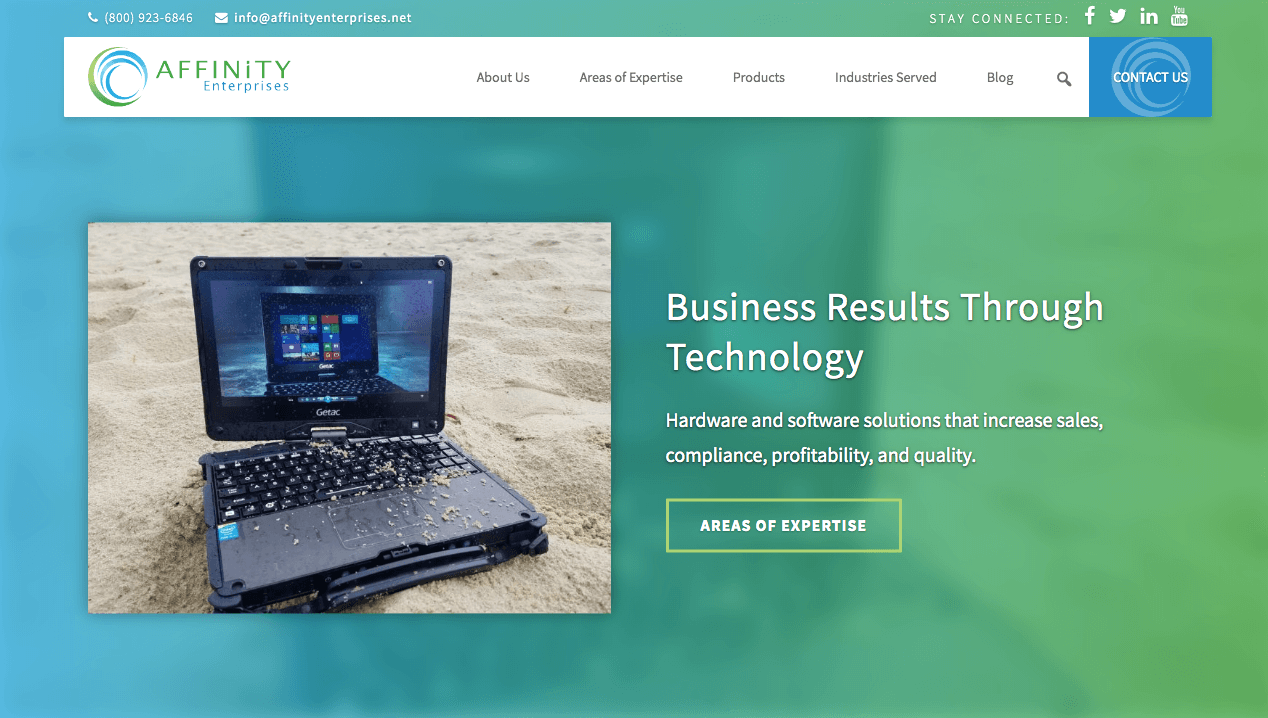 Increase the amount of RFQs over time

Affinity needed a custom-built, e-commerce-feeling section of their website to display some of their top products, features, and specs. We built them a high-tech, modern, and colorful interactive display block that gives users easy access to available products and their information.

Once a product is clicked on, it takes users to a page completely dedicated to that product, with images, content, technical features, specifications, and more, giving users everything they need to know to make a purchase.

Each product has a prominent CTA above the fold, prompting users to submit a quote for this product. These buttons are where the majority of leads originate.

This site works because it’s loaded with easy-to-digest information, interactive and intuitive to use, and pleasing to look at. We took away as many forms of online frustration as possible and left users with a superb browsing experience.

We also wanted to satisfy users who weren’t interested in doing research or talking to a salesperson. Instead, we brought the sales team to the website.

Instead of starting with the features prospects were looking for, we built pages on the website that focus on the industry the user is in, such as public service or transportation. From there, users would see challenges unique to their industry and products the Affinity team would recommend to combat those issues.

With a focus on rugged products, we created unique visual content to educate users about rugged devices and help guide them to the right kind of product. While similar types of content were available elsewhere on the web, we wanted Affinity’s site to be an information hub for all things rugged, creating trust and confidence in Affinity from site visitors while answering their questions. 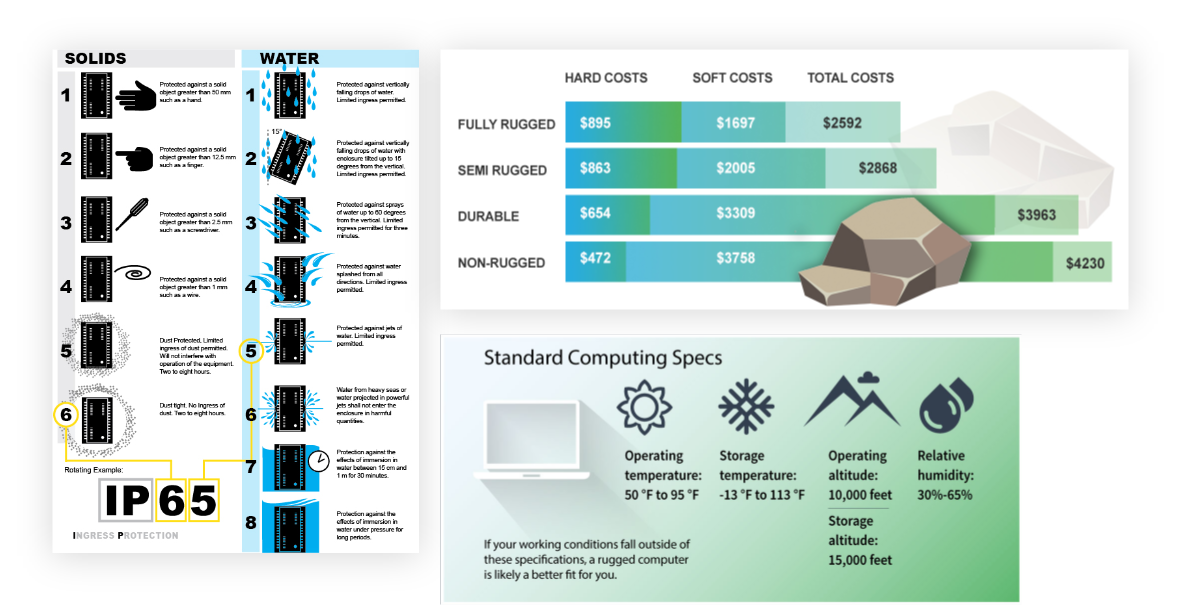 We developed a short-term, lead-generation ad campaign and paired it with a long-term branding campaign. This type of strategy ensures we’re targeting prospects at all stages in the sales process, including those who are just starting to look for a solution and those who are familiar with the Affinity brand.

Nearly 20% of Affinity’s leads have originated from the Google Search campaign, which encourages users who are actively looking to buy a rugged laptop to visit the Affinity site and browse products on it. These ads show up at the top of Google search results when someone types in one of our targeted keywords.

Once a user has been on the site, display ads will follow them around the internet for a few months, showing up on other industry sites and encouraging them to recall the Affinity brand. These ads serve a long-term marketing purpose – to keep Affinity the first brand prospects think of when they begin to actively seek a solution.

Affinity Enterprises used email very strategically to support their product campaigns and would send out an eblast when a new product was available. These emails were highly creative and engaging, showcasing a human side of the business that technology can sometimes hide.

Better yet, the direct emails led to form submissions, one-on-one meetings, and sales opportunities for the Affinity team. 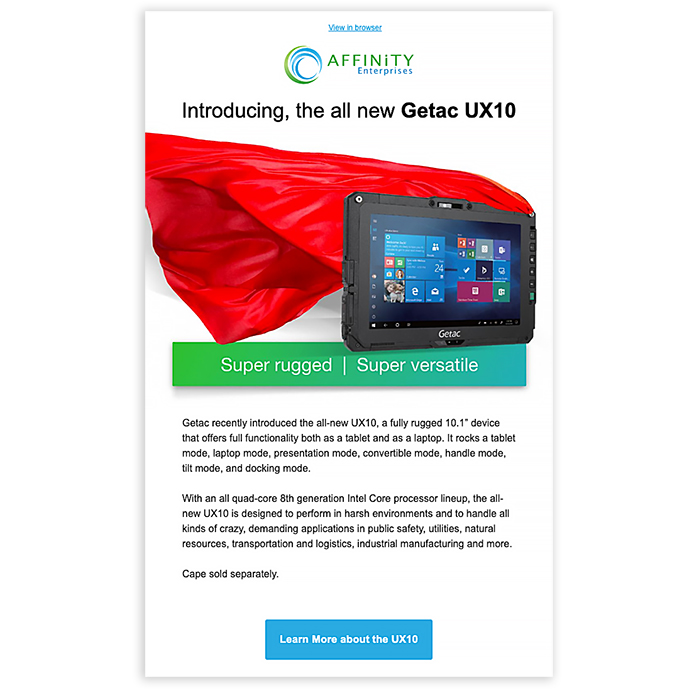 After a highly-focused year of SEO campaigns centered around a specific keyword grouping, 32% of leads over the past year have come from organic search.

Our SEO efforts were centered around content development and optimization, site structure and organization, and image optimization.

After a few years of consistent work, Affinity saw some of their most relevant keywords rank on page one of the Google results.

in 2019 were generated from organic search

When Affinity wanted to maximize their ROI as a vendor at a trade show, we stepped in and crafted a custom marketing campaign to support their physical sales efforts. This Account Based Marketing, or ABM, campaign, was targeted at a small group of individuals, around 70 for the first round and 250 for the second, with a very specific message and purpose: to make the Affinity Enterprises booth the busiest booth at the trade show.

We focused on pre-show awareness campaigns, gently familiarizing attendees with the Affinity brand. The more familiar they were with Affinity pre-trade show, the more likely they would be to stop by their booth and enter into a conversation with their sales team.

We were able to gather an email list of show attendees, which would target exactly the people we needed to reach.

The message was critical in this case – we only had a few chances and a short window of time to reach our target audience, which meant there wasn’t time to test messaging. We worked with Affinity to create a brand message that would be well-received by our audience.

Stemming from our message, we designed and developed landing pages and an extensive ad campaign that would target our list before, during, and after the show on social media and other sites.

The meat of the campaign came next: the email sequence. With Affinity’s help, we created a series of 4-5 emails that were personable, relatable, relevant, and most of all, funny.

Not only did the emails get opened, they made a difference at the trade show. Affinity was able to schedule multiple one-on-one meetings with prospects before the show even started, and other show attendees came to the Affinity booth with some witty one-liners in response to the emails.

Affinity relayed that they were, by far, one of the busiest booths at the trade show and came back with a list of new, hot contacts and a sizable lead from a local government entity.

Post-show, we continued to gently nudge attendees with display ads, keeping Affinity top-of-mind for attendees who took their time to make a decision on vendors.

Fill in the form to learn how digital marketing can transform your lead generation.